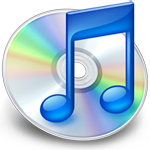 END_OF_DOCUMENT_TOKEN_TO_BE_REPLACED

Another really cool thing he has done is release his raw material and let other musicians remix it into brand new songs in his Take it and Break it contests.
END_OF_DOCUMENT_TOKEN_TO_BE_REPLACED